Amazon today launched a new music-locker service called Cloud Drive, sparking a new round of analysis over the potential impact of cloud music services and upsetting a number of major labels in the process.

Amazon's director of music Craig Pape spoke with Billboard this morning to explain the service, addressing the motivation behind the new service, its plans for the future, and why labels should not be upset that it didn't seek new music licenses.

Billboard.biz: How long have you been working on the cloud service?

Pape: As you can imagine, it took a while to build. It definitely took more than a couple of months.

Billboard.biz: What were your motivations in launching it this way?

Pape: We're doing this in response to customer feedback. Ever since [Amazon Music] launched 3.5 years ago, generally, across all our digital businesses, customers responded well. But they express frustration at things like, "I don't want to shop at work because I don't want the files stranded on my work computer," or "I love the mobile app but the files get orphaned on my phone." So we really felt it was important to give customers a central place to store, and give them the right interfaces to stream that. And obviously the more people rely on digital libraries, they feel frustrated if a hard drive crashes, so having online storage backup component was a big deal.

Billboard.biz: Why go with the individual storage route rather than a scan-and-match model?

Pape: This was the way we were able to do it. We think it's pretty compelling. We're using our simple Storage Service from Amazon Web services. It scales very well and is super secure. Our Web Services proved a number of enterprise level solutions that people can use to build software atop of. One of them is a cloud storage service, and we're leveraging that to power the Cloud Drive.

Billboard.biz: Why didn't you approach the labels for licenses?

Pape: We don't believe we need licenses to store the customers' files. We look at it the same way as if someone bought an external hard drive and copy files on there for backup.

Billboard.biz: Have you ruled out striking any deals in the future so users could do more with the music they store?

Pape: We're pretty loud to our customers about improving the end-to-end experience. We're listening to their feedback. And we'll certainly be looking to add features over time based on what they tell us they want.

Billboard.biz: And if those features require licenses?

Pape: We'll be responsive to what customers are asking for.

Billboard.biz: How did the changing digital landscape of smartphones and tablets play into your strategy?

Pape: We get that more of our customers' lives are based digitally. So we felt it was important to have a consumer-facing version of cloud storage. Quite honestly, the average customer hasn't been thinking about the cloud, so we may be the ones that explain it to them in a consumer-friendly kind of way. We know that people shop on Amazon all the time from various places. The fulfillment experience is to the door. But with music, because the fulfillment experience is instantaneous, it's a limiter. There's growth that we can drive by allowing people to buy anywhere and play anywhere.

Billboard.biz: Is it a storage issue?

Pape: Yeah, the storage and the access. One of the amazing things about Kindle is that you can literally have an impulse about a book and just go and buy it -- whether it's from a phone or a computer or the Kindle itself -- and just know that it's out there. You may not have the intent to read it right away, but it's in this purchased queue of books that you can access when the mood strikes you. We think that's a super-compelling experience. We want to drive that with music. We want people to do that library building.

Billboard.biz: Looking at the competitive landscape, you know Google and Apple are planning something similar, but with added features soon. Does that concern you?

Pape: Fair question. To be completely honest, we obsess over our customers. I'm more scared about what they're telling me we're not doing well. Obviously we read the same press, and we've got lots of respect for those companies. There would be fare worse things than having multiple competing products out there.

Billboard.biz: Labels have expressed disappointment that you've launched this without licensing from them. Do you think you've hurt your relationship with them?

Pape: Obviously our relationships with those guys are confidential. The real reason we're doing this, and I hope we've articulated this, is that we're trying to solve a customer pain point that affects how much people buy digital music. And we're doing this to grow the business. We're always respectful of their feedback. But at the end of the day we want everybody to feel good about the fact that we're committed to this business. We're trying to make purchased music more valuable. And we think that's good for everybody.

It's not the official version but I fucks with the directors vision. I would have liked Cee- Lo to have been a Vampire that helps co-inside with the killer theme. Any who the video is DOPE so check it out.

With the recent renewal of headporter.co.jp, we are provided with a greater insight into the Head Porter Plus Spring/Summer 2011 Collection. Here is a more detailed look at some great pieces from shirts, hoodies, tees, a bomber jacket and denim rounding up this release. Someday Store in Sydney, Australia has recently undertaken some renovations providing a fresh look for the renowned retailer. While stocking a defining selection of labels from the likes of White Mountaineering and Cosmic Wonder from Japan to Bernhard Willhelm and Bless from Europe to skate icons Supreme, the new look is fitting to the selection available on the hangers and shelves. With the “treehouse” maintained, the new look is highlighted by the plush use of wood.

The Reference Council recently had the chance to sit down with Clae Footwear’s own Sung Choi, the founder and Creative Director of Clae. The two talk about what it’s been like to create footwear products for a decade and what’s in store next for the brand. Click here for the full read.

The Reference Council recently had the chance to sit down with Clae Footwear’s own Sung Choi, the founder and Creative Director of Clae. The two talk about what it’s been like to create footwear products for a decade and what’s in store next for the brand. Click here for the full read. 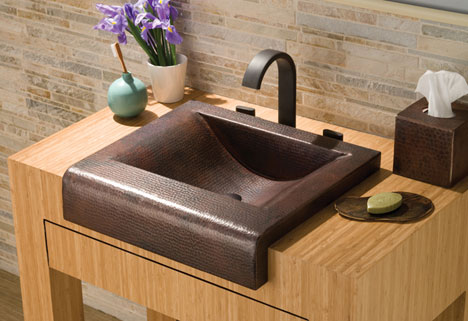 I know what you're thinking: "That's gross—a leather sink?" 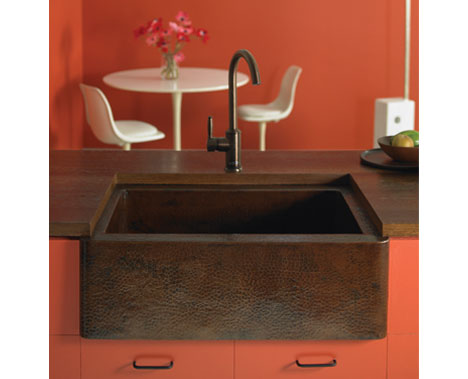 But that's not leather at all, it's actually copper. A California-based company called Native Trails makes them, selecting copper specifically for its antimicrobial qualities. And also, well, because it looks a damn sight better than stainless steel. 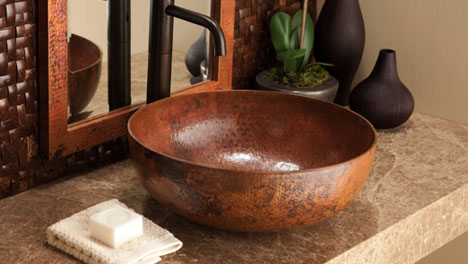 Their manufacturing process is pretty neat: All of the copper comes from recycled electrical wiring and pipes, which are melted down and rolled into sheets. Next an artisan—you remember those people, the people who make things with their hands?—hammers it into shape, sticks it into a fire, and hammers it some more. 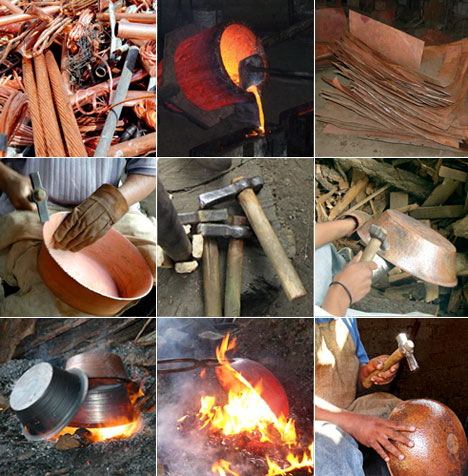 Appropriate that he designed most of the early Air Jordans including all of MJ’s championship-winning kicks, cos Tinker Hatfield is the Michael Jordan of sneaker designers.  The combination of inimitable timing and unprecedented excellence means there will simply never be another Tinker, and this past weekend a select few lucky invitees got a chance to sit down with Nike’s legendary designer at a private event at SoleFly in Miami.  Inside the Sneaker Box created a special ‘Innovation Kitchen’ tee to present to its head chef, a look that echoes the recent Jordan BCT promo materials as a thank you for two hours of priceless facetime with one of the true geniuses of the footwear world.  Big thanks to ITSB’s Clyde for hooking us up with photos of the event, a series of images you can see when you click on the jump below.

The Head Porter Official Online Store Renewel has undergone a makeover and the new edition will launch tonight, March 29 at 00:00 am. In addition to the existing online store, the renowned Japanese label have established gallery website, news website. Completing the renewel, a shipping campaign at online store will also begin to cement the fresh start. I suggest navigating your way around the website and taking advantage of this campaign. Just recently released, Carhartt Brand Book Volume 5 features an array of content including current projects, stories and the latest news. Highlighting their Spring/Summer 2011 collection, the current volume contains an extended interview and photo shoot with Jamie xx, a spread by Shauna T. from P.A.M. that focuses on the women’s collection, a large retrospective honoring all of the artists who’ve participated in Carhartt’s illustration campaigns and interviews with Grotesk, Raphael Zarka, Fred Naulin and Marianne Le Ster. Carhartt’s Brand Book Volume 5 is available in stores now.