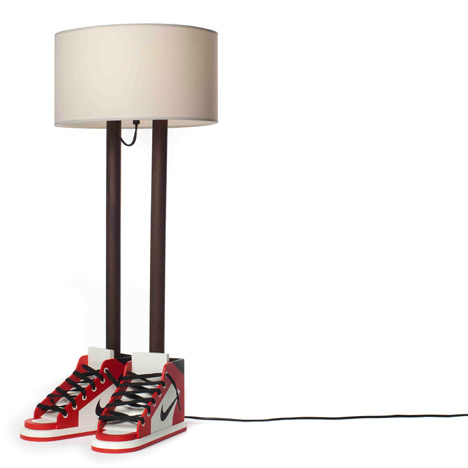 If you're not familiar with the work of Kimou Meyer, a.k.a. Grotesk, we recommend checking out his excellent 2010 monograph. But even those of you who have never heard of the Brooklyn-based graphic designer ought to appreciate a recently-launched edition he has created for Case Studyo of Ghent, Belgium. 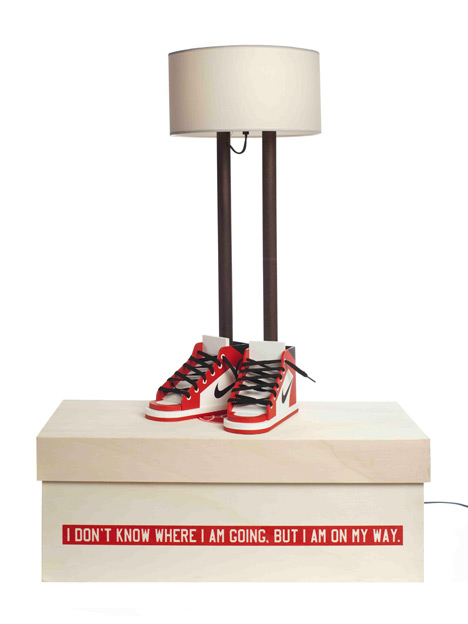 Limited to an edition of 23 (after Jordan, we hope) plus four artist proofs, "6FT - 6IN" is a baller lamp that is distinctive for its "blocky sneaker feet, as not only a signature Grotesk output, but also a design incubation decades in the making." Contrary to the height given in its name, the lamp measures 75cm (30 in.), or just under half the height of Mugsy Bogues, it's clearly intended to be a table lamp, featuring a cylindrical abat-jour set on skinny "string bean" legs are more Kevin Durant than LeBron. These minimalist components serve to underscore the unexpectedly playful base, featuring a classic Bulls color scheme. 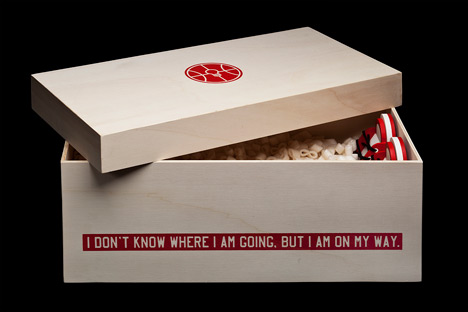 Last week, I took issue with the plain rectangular box that served as the packaging for Taylor Simpson's MONIKER bicycle handlebar concept. Here, it serves as a remarkably felicitous concept: the custom packaging for "6FT - 6IN" resembles a giant shoe box—it's hard to tell from the photos, but I imagine it's upwards of three feet long—executed in custom screenprinted wood. It's a veritable triple-double of brilliant design: ten points for style, ten points for substance, plus another ten for packaging. 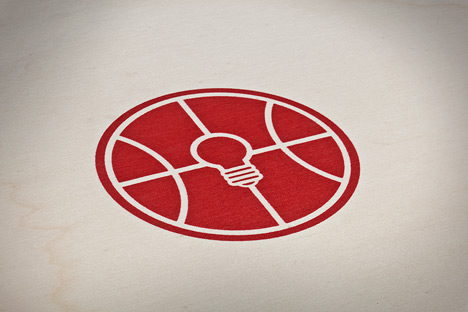 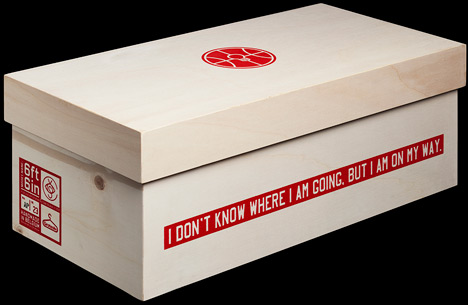 Digging "6FT- 6IN"? Check out more amazing editions at the Case Studyo website.

Posted via email from A Good Look Media Group